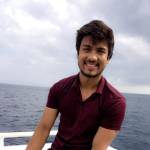 What Is Corten Steel? Why Is It Popular?

Weathered steel, also known as Corten steel, is an alloy of steel commonly used outdoors. Corten steel was designed to eliminate the need to paint. If left outside in the elements, it will develop a rusty appearance within just a few months. Coal wagon manufacturers in America in the 1930’s noticed certain steel alloys developed a layer of rust that instead of corroding the steel, protected it. With the brand name Corten – an abbreviation for corrosion resistance, tensile strength – these alloys soon gained popularity among architects (possibly the best example being the John Deere World Headquarters in Illinois, designed by Eero Saarinen) which persists to this day.

Alloys continued to be developed to increase their strength and durability. In time, the name lost its hyphen and became a generic term. A Corten steel wall is also known as weathering steel or weathered steel. CORTEN is a trademark owned by U.S. Steel. CORTEN refers to two of this type of steel’s distinguishing properties: corrosion resistance and tensile strength. USS sold its discrete plate business to International Steel Group (now Arcelor Mittal) in 2003, but it still sells CORTEN branded material in strip-mill plates and sheets. The original CORTEN received the standard designation A242 (CORTEN A) from the ASTM International standards group. Newer ASTM grades are A588 (COR-TEN and A606 for t.

Why is Corten Steel Popular?
Corten is popular with architects and sculptors because of the exterior layer of rust that forms on its surface when conditions are right. The mute-reddish brown colour of Corten makes it stand out like the red rock faces of Utah, Texas, and South America. These naturalistic steel patinas look stunning on large, imposing surfaces.

Click Here To Know More About This Article:
https://cortensteeltube.com/wh....at-is-corten-steel-w

Weathered steel, also known as corten steel, is an alloy of steel commonly used outdoors. Corten steel was designed to eliminate the need to paint. If left
Like
Comment
Share

Beauty Beside Me, Stories of My Grandmother’s Skirts